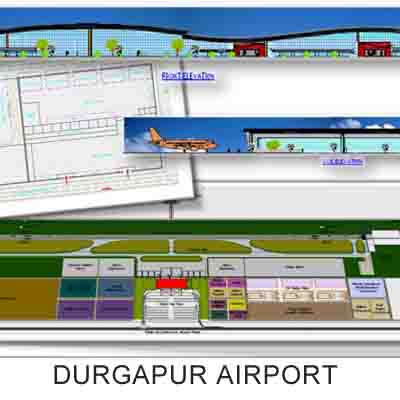 Client : Bengal Aerotropolis Projects Limited (BAPL), successor to Pragati Social Infrastructure and Development limited (PSIDL), Kolkata
Project Year : 2007
This project is a part of an AEROTROPOLIS project which is first of its kind in India. The Aerotropolis includes in its purview an industrial park, logistic hub, IT Park and residential township which are planned integrally with the airport as fulcrum. The original concept of the project is that of PSIDL who formed BAPL specifically to pursue development of this green field airport with necessary technical and financial tie-up.

The main objective of the project was to prepare a Feasibility Report. The study established the technical feasibility of the proposed airport for the design aircraft considered, which was based on the availability of adequate land, road and rail connectivity, traffic potential, runway orientation and obstacle analysis.

The financial evaluation was based on the block cost estimates made for the various components of the project and an estimate of aeronautical and non aeronautical revenues. It revealed that the standalone airport requires external support to make it viable.