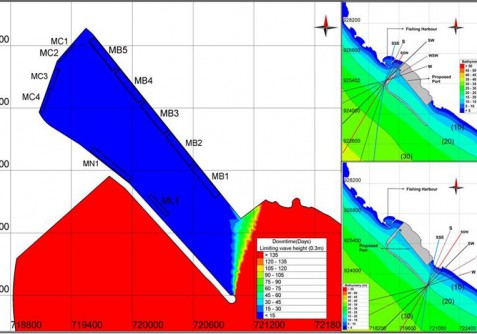 Government of Kerala is planning to setup a green field modern deep water multipurpose sea port at Vizhinjam in Thiruvananthapuram District of Kerala. Vizhinjam International Seaport Limited (VISL), which is a fully owned Government of Kerala undertaking, has been entrusted with the task of developing the green field sea port based on land lord model, where all civil works such as construction of basic infrastructure will be developed by VISL except topside works and port operations which will be through the PPP model for an agreed concession time period.

In this regard, L&T Infra Engineering was assigned to carry out mathematical model study. The objectives of the study are as follows